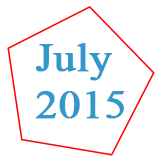 Not only did I make good progress toward my weight loss goal, I was able to learn how to cook some great new foods and drop down in clothing sizes as well. What more could I ask for?

For two reasons I fully expected to end the month of June showing little if any weight loss for the record. Primarily I knew that my scale reading at the first of the month was unexpectedly low with the days before and immediately after registering a little higher—it is common to have days like that due to salty foods on the one hand or extra protein on the other artificially raising or lowering the scale reading. Of course they balance out. 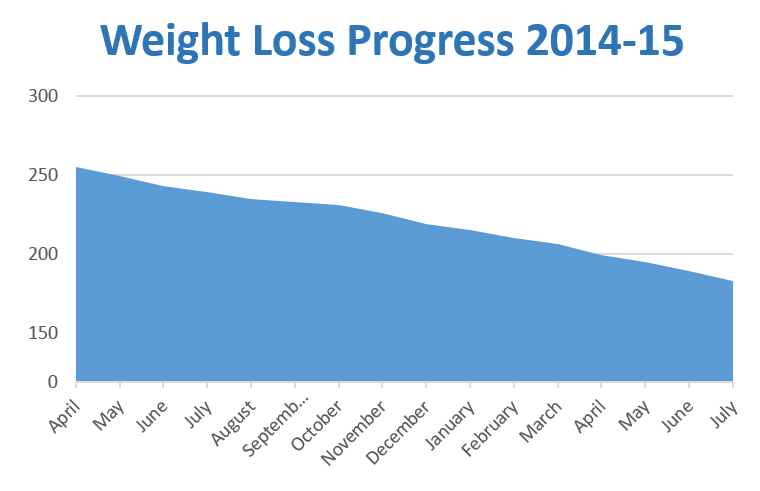 In addition, I had already planned to start increasing my food input a bit more and eat more meals with less accurate calorie count as I migrated more and more toward a permanent maintenance diet. While I have a real desire to reach my ultimate weight goal I have even a stronger commitment to establishing a healthy permanent eating pattern to maintain it once I do.

During the first ten days or so of the month I hit a real plateau and began to think I would do well to end the month as well off as I started it. But then the weight began to drop a bit and by the end of the month I was more than a little happy to see the scale end up at 183 pounds, a loss of six pounds for the month.

Remarkably, while for the last two months I have expected smaller weight loses as I add new, less restricted foods designed to migrate into a more permanent healthy eating program, the fact is that I have continued and even increased my weight loss a bit.

Time for Some New Clothes!

Over time I have had to switch clothing sizes, not so often with shirts but with pants it has been another thing where I moved from size 46 to 44 to 42 and then to 40. In each case I had a good supply put away from previous years long ago. When I got down to size 40 I had two pair that still had the store stickers on them, never worn because from the day I bought them until I had outgrown them didn’t leave time! 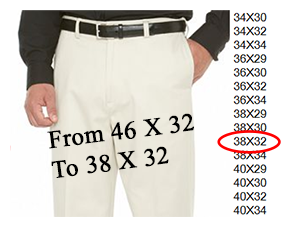 This month was a big one for me in this area. I reached the point where I needed to discard the size 40 for a size 38 inch waistline! Wow! While I still have eight pounds to lose before reaching my basic weight goal, this is the size I expect to be wearing from now on. What a terrific feeling to be zeroing in on my permanent weight goal.

It has been so long since I could wear this size pants my closet offered little from earlier days except a pair of Dickies work pants (very old but practically unworn). I have purchased a couple pair of Dockers dress pants for daily wear and a couple pair of Haggar jeans for gardening and other work projects.

A really big change in the clothing area was moving finally into medium shirts. Again, I had been wearing large and extra large for so long my closet was pretty bare as far as medium size shirts, but after buying a few new shirts we found a few more stashed away, never opened before I outgrew them years ago as well, so now I have plenty.

Beginning to move into more permanent foods at this point was a good decision. If I have learned anything already it is that this is not something you can do quickly. It does require time so it is best to not wait and try to make too many changes all at once.

There is, indeed, a lot to learn to do it effectively—especially for me, perhaps, since I am looking at foods in an entirely different way than before. Different foods, especially fresh ones, require some experience to take care of properly, not to mention learning how to prepare and serve them. 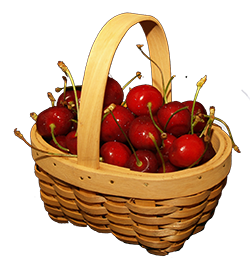 One of the first areas I started to work on a couple of months ago was to incorporate more fruit into my diet. Some, like cherries, are fruits that I rarely ate before and have found to be really great, especially for snacks.

This has gone very well overall, but it has been a bit challenging at some points. It is easy to get fruit that is not ripe (or overly ripe) and it is easy to get several items and end up tossing some because they spoil. But once you learn how to buy and serve them, and develop a new taste for them in some cases, they make super additions to your diet.

Over the course of this month I have learned to cook and eat several new meals from scratch rather than use the frozen meals. I am up to about half and half I think now. My favorites are chicken stir fry and steak with a salad. I just bought some salmon fillets and look forward to that next. Good stuff.

Focusing on the End Game

Life is driven by our goals. The primary reason (I believe this as someone who has spent a lifetime studying personal achievement) people who lose weight fail to keep it off is that they set goals to lose weight, not to weigh less.

“The primary reason people who lose weight fail to keep it off is that they set goals to lose weight, not to weigh less.”

It is OK to set a weight loss goal, but unless you set and achieve a goal to establish eating habits that will maintain your proper weight you cannot keep off the excess weight you lose. I am looking forward to achieving both.