You are here: Home / No Sugar, Salt, or White Flour!

There are three ingredients commonly found in our food that are harmful to the human body when consumed in the amounts they are today. They may have some usefulness in limited quantities as at least one of them does, but when they are overused (as they regularly are) they can and do cause great havoc.

These ingredients are so prevalent in so many foods and have such a powerful impact as to cause not only wide spread harm to our health but even death. The “terrible three” which are worth our careful scrutiny are sugar, salt, and processed flour.

Added sugar as described on nutritional labels comes in so many forms that it is no surprise so many fail to recognize how much is in their food. Among them are brown sugar, syrup, fruit juice concentrates, corn sweetener, lactose, invert sugar, corn syrup, high-fructose corn syrup, malt syrup, maltose, fructose, molasses, raw sugar, glucose, dextrose, sucrose, sugar, and honey. Many times food processors use several different sweeteners in the same product which further hides their presence.

Among the problems caused by consuming too much sugar are type 2 diabetes, heart disease, and cancer along with gum disease and tooth decay. It leads to obesity, a major epidemic in America where 35% of the population is now obese contributing to a vast array of diseases and health issues.

Sugar intake is difficult to avoid because it is added to so many foods, and in larger amounts than many suppose. Consider this. One 12 ounce can of Coca Cola Classic has 39 grams of sugar, fifty percent more than the average woman should have for an entire day (24 grams recommended by the American Health Association) and more than equal to what the average man should consume (36 grams)! Energy drinks have much more.

Out of curiosity I started to look at popular cereals. I won’t name it since I would not want to suggest it is worse than others, but the first one I checked showed that three of the first four ingredients were sugars and one came before the wheat!

Confusion about sugar arises because sugar is a carbohydrate, but not all carbs (as they are commonly called) are the same. A healthy diet will consist mostly of carbs, up to 75% of the calories consumed, but these need to be primarily complex carbs.

Simple sugars enter the blood stream more directly than complex carbohydrates. Without getting into the scientific explanations too far, I will jump to the practical information we need.

The simpler a carb is the quicker it will enter the blood stream and spike your blood sugar; the more complex it is the slower this process will be. You can discover the rate by looking for a food’s glycemic index. Use a Google search to look this up just like you look up calories or other nutritional information.

Glycemic index ratings are usually interpreted according to this glycemic index scale to see how good or bad they are:

Because high glycemic foods cause quick spikes in blood sugar levels they produce obvious problems for diabetics, but can also be detrimental to others as well for a variety of reasons. The sugar high is addictive, the spike is followed by a sugar low that saps energy, even small amounts can contain lots of calories leading to obesity, and simple carbs typically are nearly devoid of nutritional value.

How much salt do we need? Commonly cited guidelines suggest that we should limit consumption of salt to 2300 mg daily, 1500 if over 50 years of age. But these are maximums, limits to follow in order to avoid salt enhanced disease.

Following major studies released in 2009, however, the American Heart Association lowered their maximum consumption recommendations to 1500 mg for everyone. Unfortunately, percentages of sodium in food products use the old numbers which underestimates the number by a good bit. At the same time the average person consumes 3,400 mg of salt daily, more than twice the recommended maximum 1500 mg intake. And truthfully we need considerably less than 1500 mg for optimum health.

Excess salt causes our body to retain water. This, in turn, causes pressure on our heart and blood vessels. High blood pressure is the most troublesome result.

Salt in processed foods is a serious issue and hard to deal with in the real world unless we have the time, inclination, and skill to cook all our food from scratch because the food industry puts so much of it into processed foods. For example, I like red beans and rice. So I grab a can and take a glance at the nutritional label: sodium 3000 mg in one 16 ounce can.

If I eat one-half can, splitting it with my wife as part of our lunch or supper meal, we will each get 1500 mg of salt from this one food item. That is all the salt we should have all day from all our food! Forgive me for ranting a little, but this is insane!

Here are some interesting statistics about the way we get our salt. Only 5% is added in cooking and 6% at the table. Another 12% is natural in foods. Three-fourths comes from salt added to processed foods!

This points to the fact that watching the salt we add to foods is not as helpful in our quest to reduce salt intake as most people suppose. Of course both are needed but our primary concern must be to reduce the salt we buy in our processed foods.

The third white threat is from white flour (also known as wheat, gluten, or any one of other essentially equal if technically different names). Recognizing this threat on a nutrition label is the first challenge we face, as you might guess even from what I have just written. There are literally dozens of names, both common and scientific, that are used to list this ingredient on nutrition labels.

Wheat, and other grains, have three basic parts: bran (an outer layer, essentially fiber, containing B vitamins and trace minerals), the germ (a small section that includes B and E vitamins, antioxidants, and healthy fats), and the endosperm (a larger core that consists primarily of carbohydrates with some proteins we commonly hear identified as gluten). Whole grains have all of these while processed grains typically have only the endosperm.

Because processing grain for use as flour typically removes the bran and germ, leaving only the endosperm, the processed product has little food value, leaving only one thing—empty calories. That and the gluten, a group of proteins that do have some minerals (iron and phosphorus in particular) but is a health risk for many people, especially those with Celiac disease. 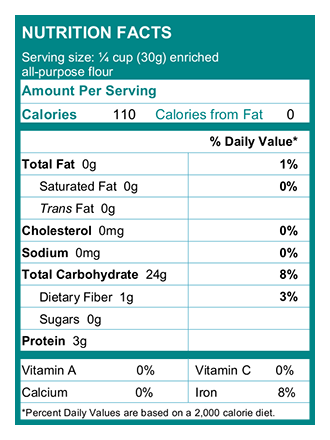 Look at the nutrition found in white flour according to the USDA (United States Department of Agriculture). Not much to find is there. Wait a minute—this is the nutritional value after it is enriched! This is the problem with flour or gluten. Essentially all you get is empty calories.

The danger associated with white flour is different than that of salt and sugar. It does not attack the body in any significant way, unless you have Celiac disease, but it is just as destructive in its own way.

White flour (wheat or gluten, etc.) does not fill you up as would whole grain. Compare eating a slice of whole wheat toast to a slice of white bread toast. So we tend to eat more of the products made with it. Unfortunately a lot of the foods we eat a lot of are made primarily with white flour: breads, pasta, cookies and other baked goods, cereals, and pizza just to start.

There is no doubt that the use of processed grains in the form of flour, stripped of its nutritional components, contributes immensely to obesity and poor health for many people in America. It only makes sense to take every possible step to eliminate as much of it as possible from our diets.

Let’s think about ways to deny these three risks to our health a place in our lives. It will take some time and effort but we can change our eating habits with a little effort.

I am a great believer in the use of affirmations. They are a powerful tool for personal motivation.

One day I wrote a very brief poem that I decided was best adopted as an affirmation to help train my mind to avoid overusing the terrible three. Feel free to use it. 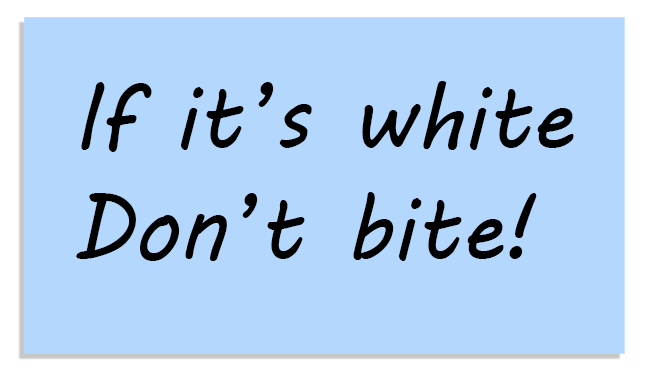 Write it out on a 3X5 card and read it out loud several times a day for a month, then occasionally thereafter. Do it only with an intent to adopt it as a consistent practice. Take clear steps to work on eliminating these three white health risks as much as possible from your diet.

Should you worry about eliminating too much of these from your diet? After all we do need at least some salt if nothing else. Not at all. You do not need any simple sugars or gluten and with so much salt in food products it is almost impossible to get down to the daily recommended maximum, let alone to get into a deficit situation. Furthermore, there is probably enough naturally occurring salt in your foods to provide what you really need. 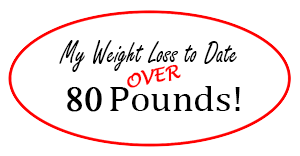